Norwegian spruce can mitigate Brazilian deforestation. Farmed salmon will soon eat feed that comes from Norwegian forests instead of soybeans that have been transported halfway around the world.

It could have been taken directly from the Norwegian government's political platform, known as the Hurdal Platform – or from the Government’s long-term plan for research, for that matter, but NMBU’s Professor Margareth Øverland and her colleagues began their work long before either of these documents had been written.

She is the centre director of the research centre Foods of Norway, where scientists based at Ås cooperate with scientists, enterprises and organisations all over the world. When the Government now states that all livestock and fish feed must come from sustainable sources, Øverland is already well on the way to providing a solution.

Norwegian farmed salmon is currently fed soybeans imported from Brazil. Foods of Norway wants to replace the high-mileage soybeans with Norwegian spruce. “We have been working with Borregaard of Norway since 2015 to produce yeast based on Norwegian spruce,” she says. The yeast is turned into fish feed.

Rising prices in recent years have made their work a little harder. When the price of sugar rises and the world wants more bioenergy, making yeast from spruce becomes more expensive. But Foods of Norway’s Finnish partner Enifer Bio has a solution to this problem: Pekilo. “It is a fungus that can help us to utilise much cheaper residual raw materials from the forest,” says Øverland.

For example, spruce can be used to produce ethanol. Once the product has been extracted and sold at a good price, Pekilo can feed on the leftovers, grow and become salmon feed.

Fungus, either yeast or Pekilo, feeds on Norwegian spruce, and the fungus in turn becomes healthy feed for farmed salmon.

Not only does the new feed contain 65 percent protein, which is the level Norwegian salmon farmers are currently struggling to achieve from sources other than imported soybeans. It is also super-digestible and improves the salmon’s health. The professor explains: “It has a digestibility approaching 90 per cent, and we can make it from cheaper raw materials. It has a beneficial effect by stimulating the immune system, and we can see that the fish like this feed a lot. They grow well and show better food utilisation.”

NMBU researchers will now be taking a closer look at the health effects. In a world where it is important to produce feed that is cheap enough to compete with imported soybeans, it would help a lot to demonstrate that the feed also keeps the salmon healthier. If this can be documented, fish farmers, and therefore also feed manufacturers, will be willing to pay more.

Microbes and yeast are the future of food production. “They have high nutritional value, grow very quickly compared with terrestrial plants and can convert all sorts of raw materials into high-quality proteins that can be used as animal feed. At the same time, they are also more sustainable,” says Øverland.

“The residual raw materials used by microbes and yeast do not take up farmland, and they do not compete with food for human consumption,” she emphasises.

In the climate debate, such competition has been an important argument in favour of consuming less meat: Concentrate feed is made from raw materials that could have been used for human food.

“Yeast contains a number of substances that bring health benefits. We need to focus on those benefits going forward, because that will add value,” she says. 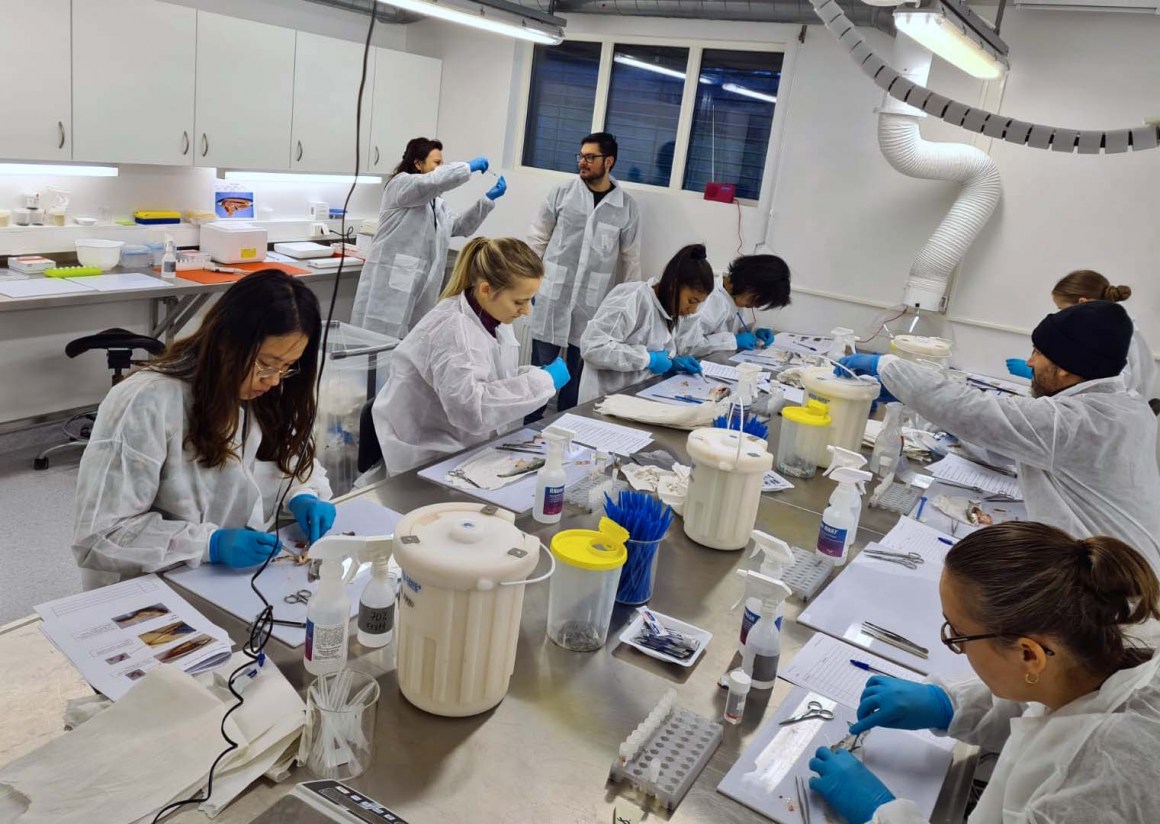 The scientists have achieved promising results in their laboratory. The next step is to produce sufficient quantities to make industrial production viable.

So far, trials have shown that salmon that fed on yeast and Pekilo are not only healthier, but they grow faster.

“We have carried out growth trials that show a positive effect on growth, feed uptake and feed utilisation,” says Øverland.

The focus is now on achieving cheap large-scale production of the novel feed resource. The aquaculture industry will only use Pekilo or other forms of feed ingredients originating from the forest if the feed can be produced in large quantities and is available at a price no higher than that of imported soybeans.

“We are working on cheaper solutions that will produce feed ingredients with a higher protein content, higher digestibility and beneficial health effects. The industry is waiting for Foods of Norway to come up with answers. Everyone needs new raw materials,” says Øverland.

This is what the Government wants:

–“Stimulate improved sustainability through a dedicated programme for the production of sustainable feed based on Norwegian resources, set a goal for all feed used by the aquaculture industry to come from sustainable sources by 2030, and facilitate carbon capture and utilisation (CCU) in feed production.”

“Launch a mission for the purpose of ensuring that all feed for farmed fish and livestock comes from sustainable sources.”