Meat is a valuable source of protein in the Norwegian diet, but in Norway we have limited areas of agricultural land to produce all the protein we need for animal feed. Therefore, we are dependent on importing protein-rich feed ingredients to feed our livestock. To ensure future food security and increase self-sufficiency, there is a need for alternative protein sources that do not occupy the land areas suitable to produce human food.

For several years, researchers in Foods of Norway have tested protein sources that neither occupy land areas nor are dependent on sun, weather or day length. Yeast produced from sugar from woody biomass, and fly larvae grown on food waste, are two promising alternatives.

In her PhD work, researcher Ingrid Marie Håkenåsen has worked with the yeast Cyberlindera jadinii and black soldier fly larvae (BSFL) as alternative protein sources, both produced on renewable resources.

The piglets had a high feed intake, and the protein digestibility were high.

─ In fact, the digestibility of the yeast protein increased, compared to the other protein ingredients in the feed, says Håkenåsen.

At weaning the piglets are exposed to several stress factors. They no longer have access to milk from their mother, and perhaps they are also moved to a new pen and mixed with other pigs. These stress factors can cause a very low feed intake for some days. The combination of stress and low feed intake leads to temporary damage to the intestine and can give diarrhea.

─ It turned out that the pigs fed yeast had a shorter period of intestinal problems, says Håkenåsen.

Why does yeast improve gut health?

The cell wall components in the yeast have a good effect on gut health. The intestinal villi divide very quickly, and a lot of nutrients such as amino acids and nucleotides are required in the building process. Yeast also have a better amino acid composition than, for example, soy. In addition, the nucleotides from the yeast are well utilized in the intestine.

The trial showed that the gut health of the piglets was affected by the diet.

─ The pigs fed yeast had less adverse immune reactions and the reactions lasted for a shorter period than in those fed control feed, says Håkenåsen. 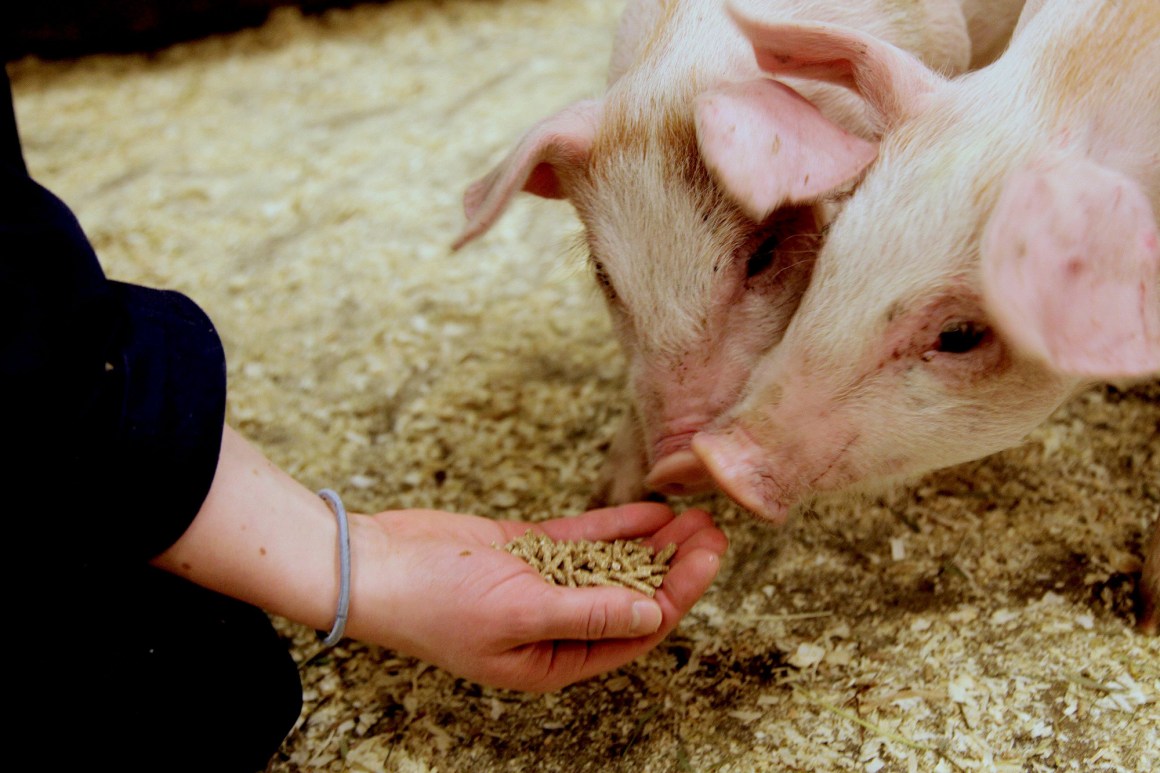 Uses sugar that cannot be used for food

Using yeast to improve gut health in human nutrition is well known, but this yeast is often grown on first-generation sugar, such as sugar beet.

The feed yeast is grown on sugars extracted from cellulose from Norwegian spruce and is called second generation sugar. It is a resource that cannot be used directly for human consumption.

─ It is a local and sustainable protein source that can be introduced into our food chain. And it does not compete with production of food for human consumption, says Håkenåsen.

Insect meal in a circular bioeconomy

In the experiment with the fly larvae, they were first processed into insect meal, which replaced the protein in the feed just as in the yeast experiment. The larvae used in the experiment was grown on a mixture of by-products from the production of wheat flour, and vegetables that were not suitable for supermarkets.

Must be tested under Norwegian conditions

NMBU is not the only one in the world that do research on yeast and insect meal.

─ Although there is research on insect meal from, for example, the USA, we must do experiments under Norwegian conditions and with Norwegian animals. Both the conditions in the pig barn, the genetics of the pigs and the feed is different elsewhere in the world, says Håkenåsen.

Climate change with drought and the war in Ukraine have shown the importance of food self-sufficiency.

─It is necessary to find alternative ways to produce more of the protein we need in our food production, which can be produced independently of the limited agricultural land areas in Norway, says Håkenåsen.

Ingrid Marie Håkenåsen defended her PhD at NMBU on 23 September 2022.