The future of Norwegian aquaculture lies in the trees

Today, Norwegian aquaculture is dependent on imported feed ingredients. However, yeast grown on sugars from Norwegian spruce trees may replace imported proteins and can even make the fish healthier and more robust.

The future of Norwegian aquaculture lies in the trees

Throughout the winter, 800 salmon in Sandnessjøen were fed yeast grown on sugar from Norwegian spruce trees as part of a large field trial led by Foods of Norway, a centre for research-based innovation (SFI) at the Norwegian University of Life Sciences (NMBU). The purpose of the experiment was to see how the yeast-based feed affected salmon's growth performance and health.

The fish were fed the alternative feed from October last year until they reached full size this spring. The results are not yet complete, but previous experiments indicates that the yeast-based feed has a positive effect on the gut health of the fish and that they become more robust during the vulnerable transfer from fresh water to salt water. 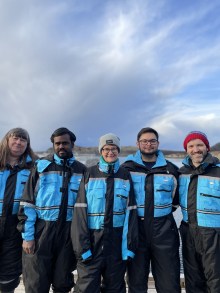 The Foods of Norway team at Dønna.

One of the main ambitions of Foods of Norway is to investigate the potential of microbial ingredients, such as yeast from renewable natural resources, as an alternative protein ingredient for feed.

The yeast used in this trial was produced in the centre’s first successful scale-up of microbial feed ingredients from local natural resources. The scale-up was a collaboration between NMBU, Lallemand Animal Nutrition and Borregaard, all partners in Foods of Norway. Sugar from Norwegian spruce trees was produced by biorefinery company Borregaard and was used to grow the yeast at the Lallemand production site in Estonia. The yeast-based feed was then produced at BioMar’s technical production facilities in Denmark, and researchers from BioMar in Trondheim will monitor the growth performance, health and welfare of the fish during the trial.

”Yeast grown on sugar from Norwegian spruce trees is a protein-rich and sustainable alternative to imported feed ingredients. Close collaboration between academic and industrial partners such as this, has made a large-scale feeding trial possible, achieving important results from the field condition”, says professor Margareth Øverland, head of Foods of Norway.

”Our researchers follow the value chain from organic biomass to the potential feed resource as well as  the final  product, in this case all the way from the spruce tree to the finished salmon fillet. Research such as this will provide important information on how the alternative feed ingredients affect the animals' growth performance, health and product quality. In addition, large field trials give important insight when it comes to production costs and overall sustainability”, she says. 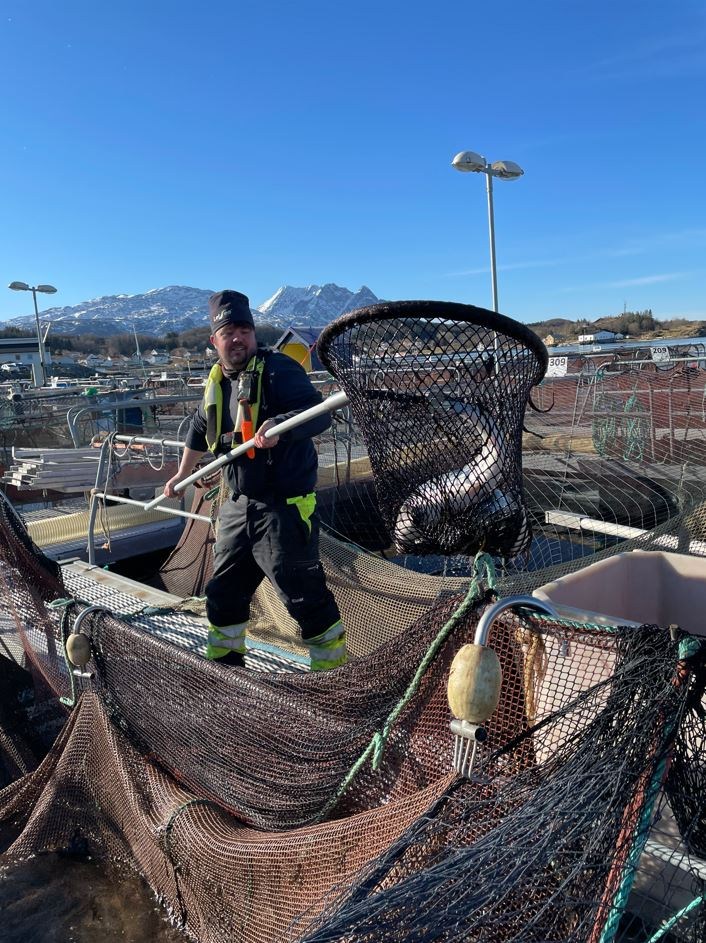 Foods of Norway and BioMar could finally, after several months of feeding the salmon with the yeast-based feed, complete the field trial at LetSeas facilities at Dønna. 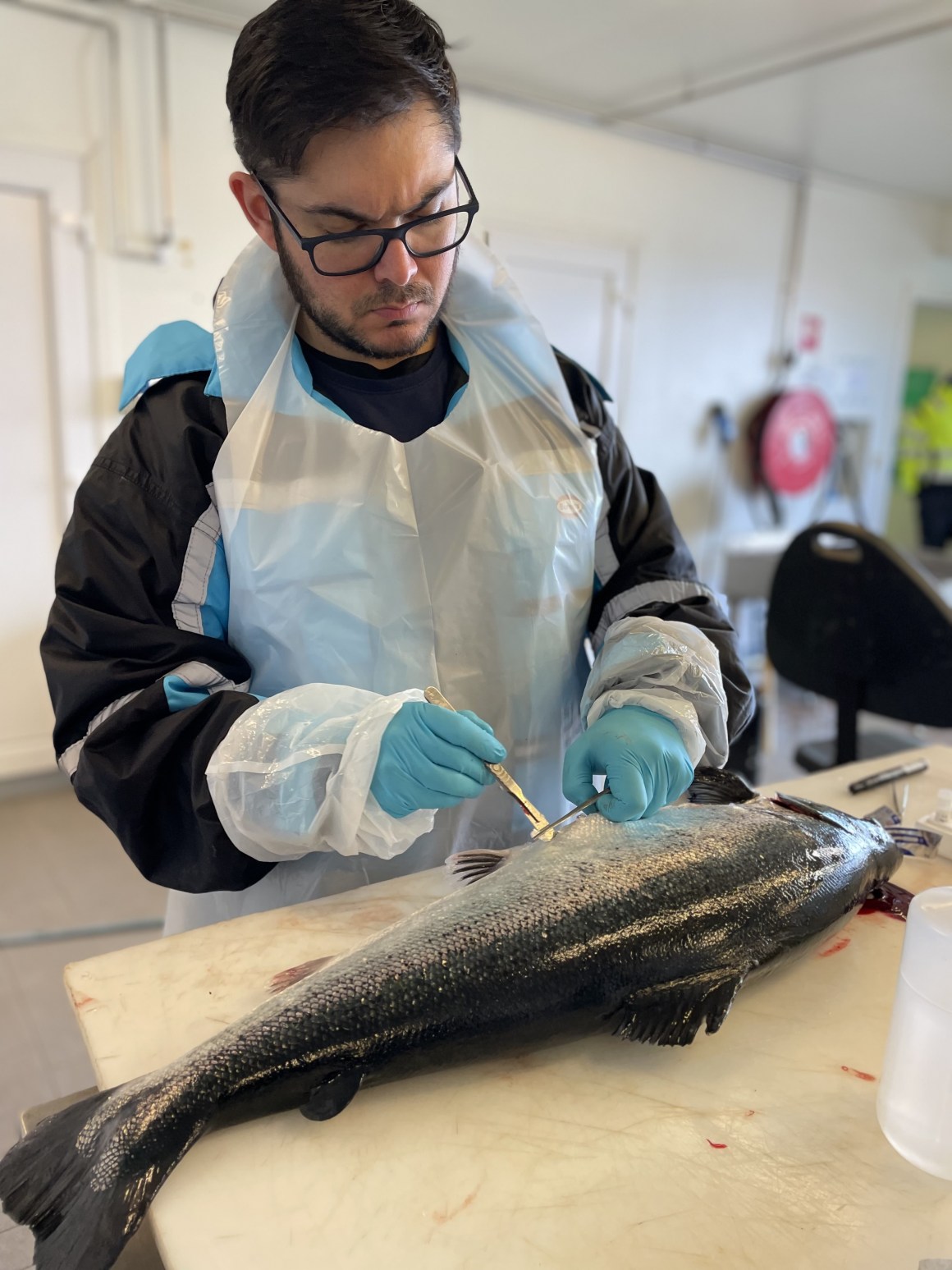 Sampling at Dønna by Foods of Norway researcher Byron Morales-Lange. 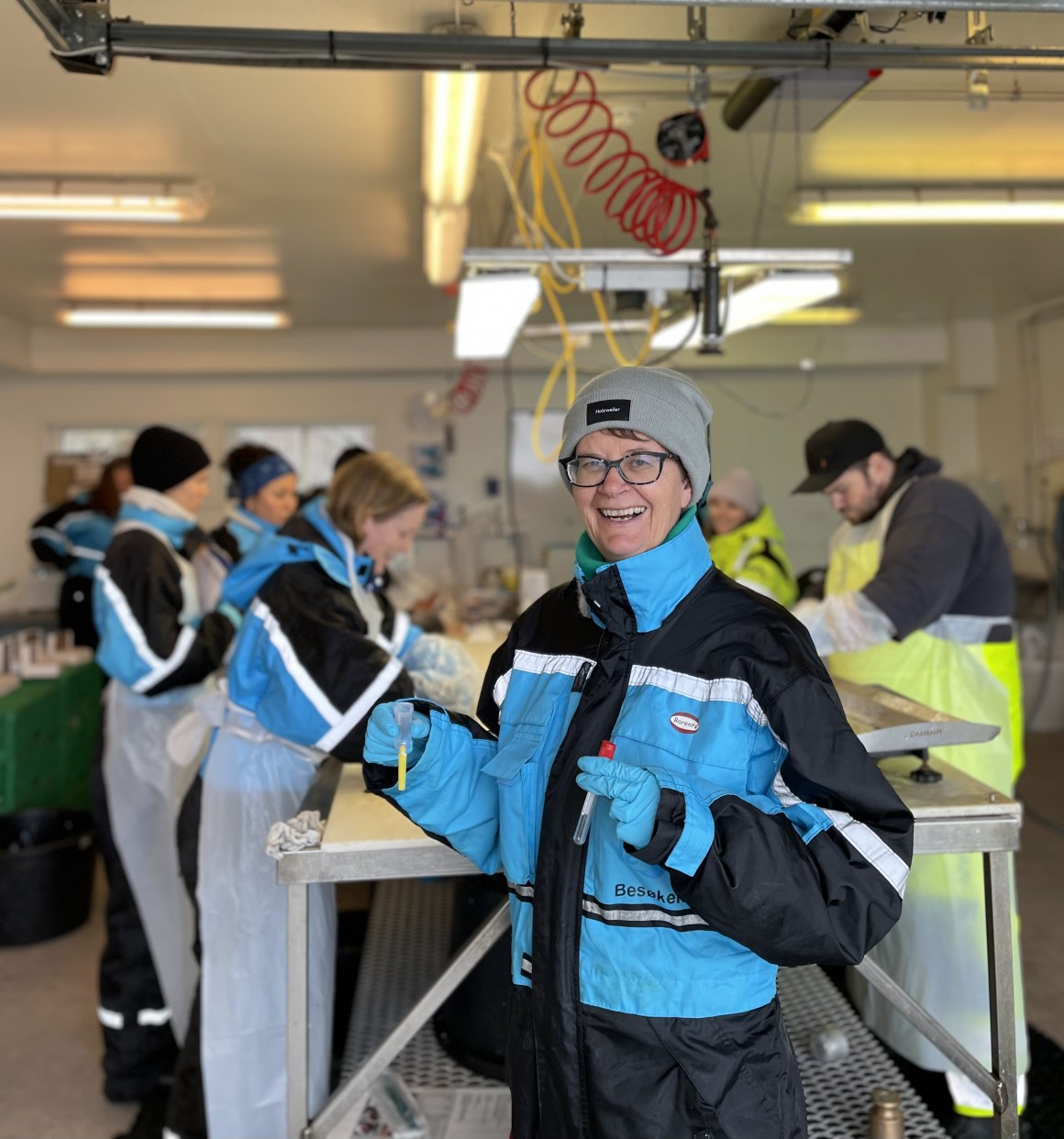 Sampling of salmon, by professor Margareth Øverland, head of Foods of Norway, and the rest of the sampling team.