New research shows that insects grown on low quality organic material can be converted into high quality feed ingredients. This knowledge can help to facilitate the circular bioeconomy while feeding the increasing global population.

“Upscaling our efforts in aquaculture is a sustainable approach towards food security, but we need to make sure we can feed the fish in a sustainable manner too”, says Pabodha Weththasinghe.

This is one of the main areas of expertise in Foods of Norway, a centre for research-based innovation at the Norwegian University of Life Sciences (NMBU). For the past three years, researcher Pabodha Weththasinghe has worked towards uncovering the potential of insects, particularly the black soldier fly, as a feed resource for salmon. Her work was also part of SureAqua, a Nordic Centre of Excellence, with the collaboration of fish feed company Skretting.

“We could see that replacing 15 per cent of the protein in standardized fish feed with insects improved growth performance of the fish. There was also an improvement in their gut health when given the alternative feed”, she says. 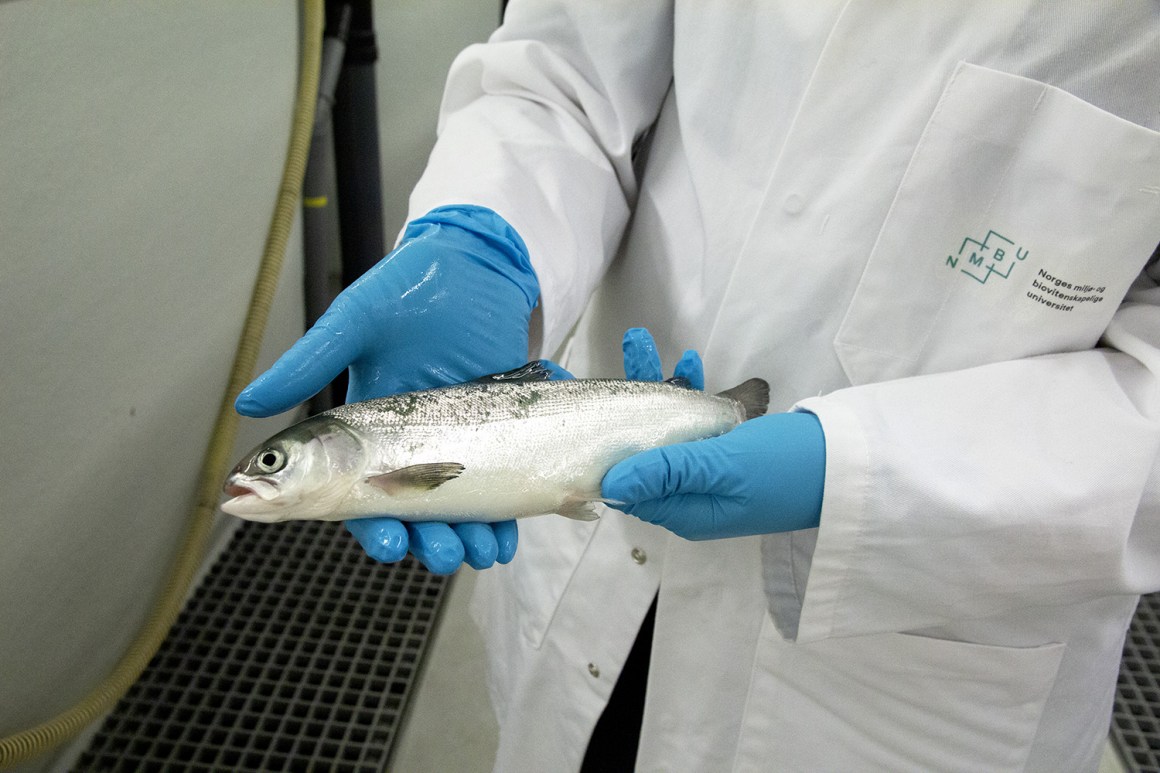 “Upscaling our efforts in aquaculture is a sustainable approach towards food security, but we need to make sure we can feed the fish in a sustainable manner”, says Pabodha Weththasinghe.

The black soldier fly larvae used in this project was grown on vegetable and fruit by-products from supermarkets. The larvae grow fast, and is only dependent on low grade organic material, but as of now, the production is still costly. The process needs to be upscaled for the prices to be competitive, but studies show that this particular larva is a good candidate for upscaling, explains Pabodha.

“I think the production of insects as a feed resource will increase. The black soldier fly larva is a good candidate for feed because of its high protein level, but also because of the fat level. As most insects mimic the fatty acid composition of their diets, they can be enhanced as a feed ingredient by giving them for instance omega 3”, says the researcher.

Using insects in animal feed has been strictly regulated in Europe, but the regulations for aquafeed were lifted in 2017. The number of studies on insects as a novel protein source for fish feed has increased since then, but Pabodha saw a knowledge gap in how the processing of the insects may affect the quality of the finished feed.

“Less processing means less money and resources, which is very positive for the industry”, she says. 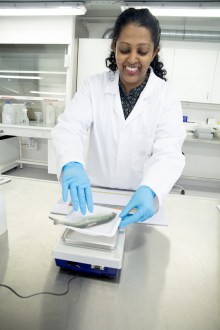 Pabodha Weththasinghe will return to her native Sri Lanka after her PhD defence, and she is certain that her recent research could have implications for both Norwegian and Sri Lankan aquaculture

As part of her PhD, Pabodha statistically compared all previous publications on black soldier fly larvae in feed for salmon and rainbow trout. This comparison is the first of its kind.

“Based on this, we found that the black soldier fly is a promising protein source for salmon feeds, but its effectiveness mainly depends on the type of protein source we replace”, she says.

Head of Foods of Norway, Professor Margareth Øverland has been Pabodha’s supervisor for the past three years. Pabodha’s work with insects fits into a very important value chain, Margareth says.

“Foods of Norway aims to produce sustainable feed ingredients from local resources. Insects, and particularly black soldier fly larvae, have great potential as protein sources for feed, and brings an important perspective into our ambition to find alternative ways to feed fish and livestock”, she says.

After finishing her PhD, Pabodha Weththasinghe. will return to her position at the University of Peradeniya in her native Sri Lanka, where she has a teaching and research position. She is certain that her recent research could have implications for both Norwegian and Sri Lankan aquaculture.

“We have a lot of resources in Sri Lanka, but the infrastructure needs to be improved”, she explains.

Pabodha will continue her research in collaboration with European universities and will continue to promote the potential of insects as a protein source in feed.

“A lot of waste is not recycled well in Sri Lanka, which holds great potential for growing insects. Also, we do not have the same regulations as in Europe, meaning we can use all organic materials for feed”, she says. 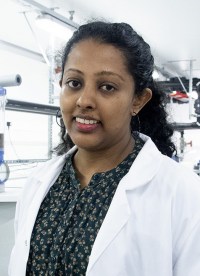 Foods of Norway is a Centre for Research-based Innovation (CRI) at the Norwegian University of Life Sciences, funded by the Research Council of Norway and 20 industry partners. The centre aims to contribute to growth and increased value creation in the Norwegian aquaculture and agriculture industries by developing sustainable feed ingredients from natural bioresources not suitable for direct human consumption.