Woody feed one step closer to the market

This autumn, the development of novel, Norwegian feed ingredients has been brought one step closer to commercialization. – We now need to move from academia to industry, says professor Vincent Eijsink in Foods of Norway.

Woody feed one step closer to the market

Foods of Norway is developing novel, protein-rich feed ingredients based on Norwegian biomass such as spruce trees, macroalgae and agricultural co-products. These renewable biomasses are used in the fermentation of yeast – a microbial feed resource. The aim is to reduce Norway’s dependency on imported feed ingredients like soy beans and fish meal.

Until recently, the fermentation process has been performed in small bioreactors with a capacity of up to 30 liters at NMBU`s biorefinery laboratory.

This September, the fermentation process was scaled up to 200 liters using facilities at Borregaard in Sarpsborg - an important industrial partner in Foods of Norway.

–It is crucial for us to test upscaling as early as possible during process development, because we want to avoid developing processes that are not industrially viable, says professor Vincent Eijsink at NMBU, who is in charge of Foods of Norway`s research on novel bioprocessing technologies. 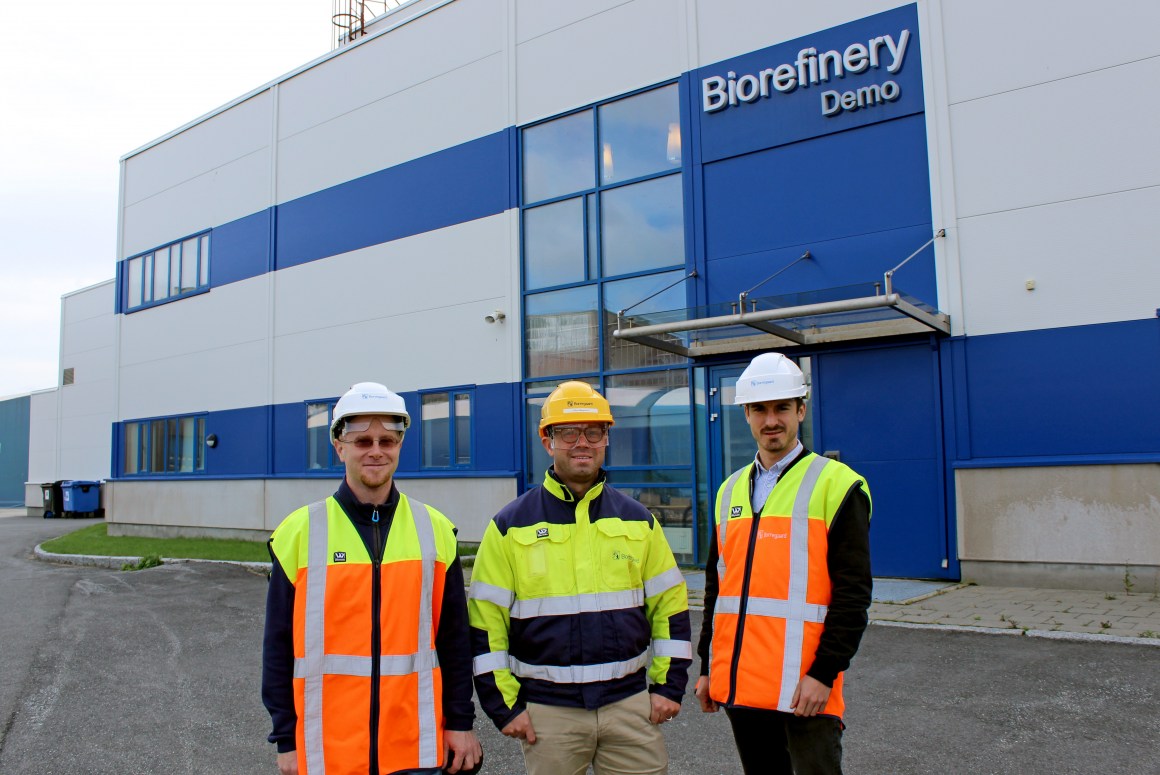 Foods of Norway and Borregaard are working together to develop novel, Norwegian feed that is viable in the market. From the left: Gergely Kòsa (researcher, NMBU), Oskar Bengtsson (Section Manager, Borregaard`s Business Development R&D) and David Lapeña Gómez (PhD-student, NMBU).

Preliminary results from the initial small-scale trials show that it is possible to produce yeast using Norwegian biomass, and that this yeast can be used as a beneficial protein source in feed for farm animals like pigs and chickens, as well as salmon. However, large-scale trials are needed to confirm that production of yeast can also be successful on a commercial level.

– We have now reached the point where we need to move from academia to industry. Our collaboration with Borregaard allows us to do so, says Eijsink.

Borregaard operates one of the world’s most advanced biorefineries. The company uses pre-treated lignocellulosic biomass to produce the sugar that is used to feed the yeast.

– To us the upscaling is interesting because we want to find out if yeast production can be achieved in a more cost-efficient way, says technology director at Borregaard, Gudbrand Rødsrud. 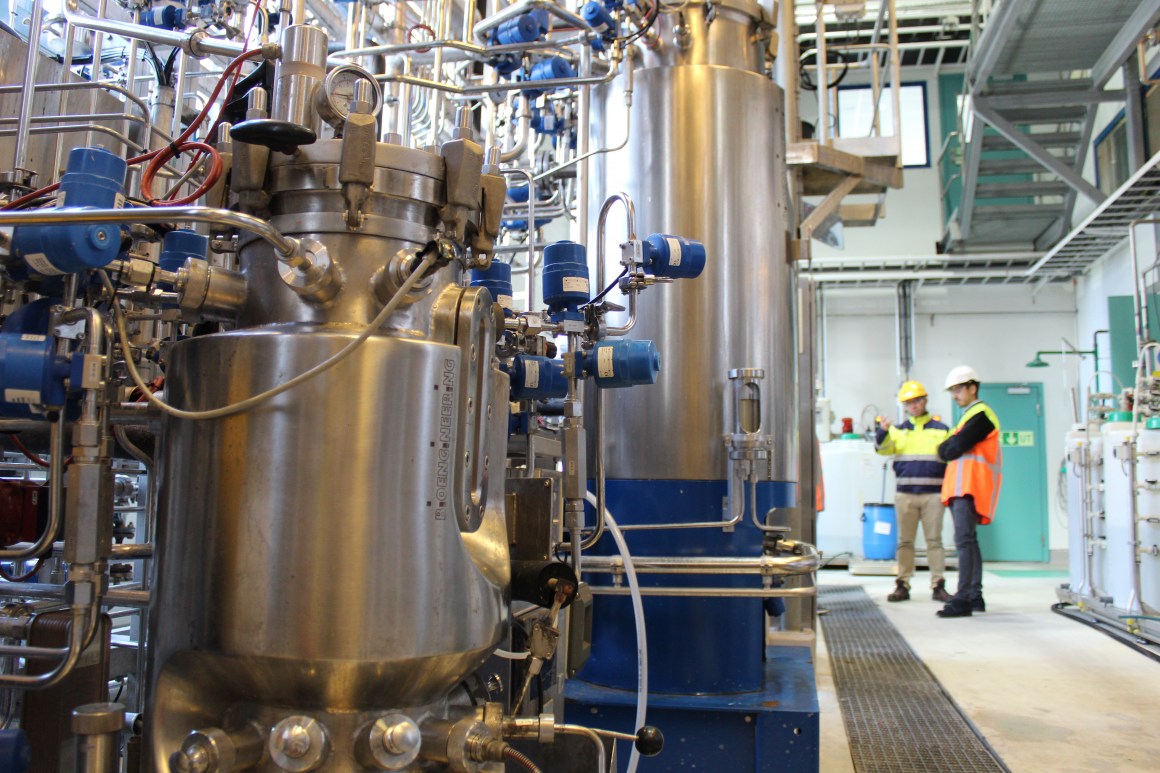 The upscaling of the fermentation process takes place in these reactors in Borregaards demo plant in Sarpsborg.

The unbeatable price of soy

To convert trees into sugar, Borregaard needs a certain cocktail of enzymes that does not come cheap. In order to get the most out of these expensive but indispensable catalysts, Borregaard has collaborated with NMBU over several years.

– Our collaboration with NMBU gives us access to cutting-edge knowledge that improves the use of these enzymes. This helps us lower production costs and increase yields, says Oskar Bengtsson, Section Manager in Borregaard`s Business Development R&D.

Although Borregaard’s calculations prove that the production of yeast is profitable, it is not yet profitable enough for Borregaard to consider this as a new business area. The low prices of soy protein in the feed industry are a significant barrier to market entry.

– But this might change if we, together with Foods of Norway, can demonstrate additional health benefits for the animals and find ways to reduce the production cost of yeast, Rødsrud adds.

In order to grow, yeast needs not only sugar, but also nitrogen, vitamins and minerals. Finding the most efficient combination of growth media is thus an important component of the fermentation trials. While ammonia has been used as a nitrogen source in previous trials, chicken co-products are being added in the current production upscaling.

Chicken by-products are processed at industrial scale in the new Bioco plant at Hærland, which involves Foods of Norway partners Nortura, Felleskjøpet Agri and Norilia.

– The bioprocessing facilities at Bioco and the large-scale fermentation facilities at Borregaard are of key importance for Foods of Norway, since they allow upscaling and the production of larger amounts of products to be used in further application testing, such as feed trials, concludes professor Eijsink. 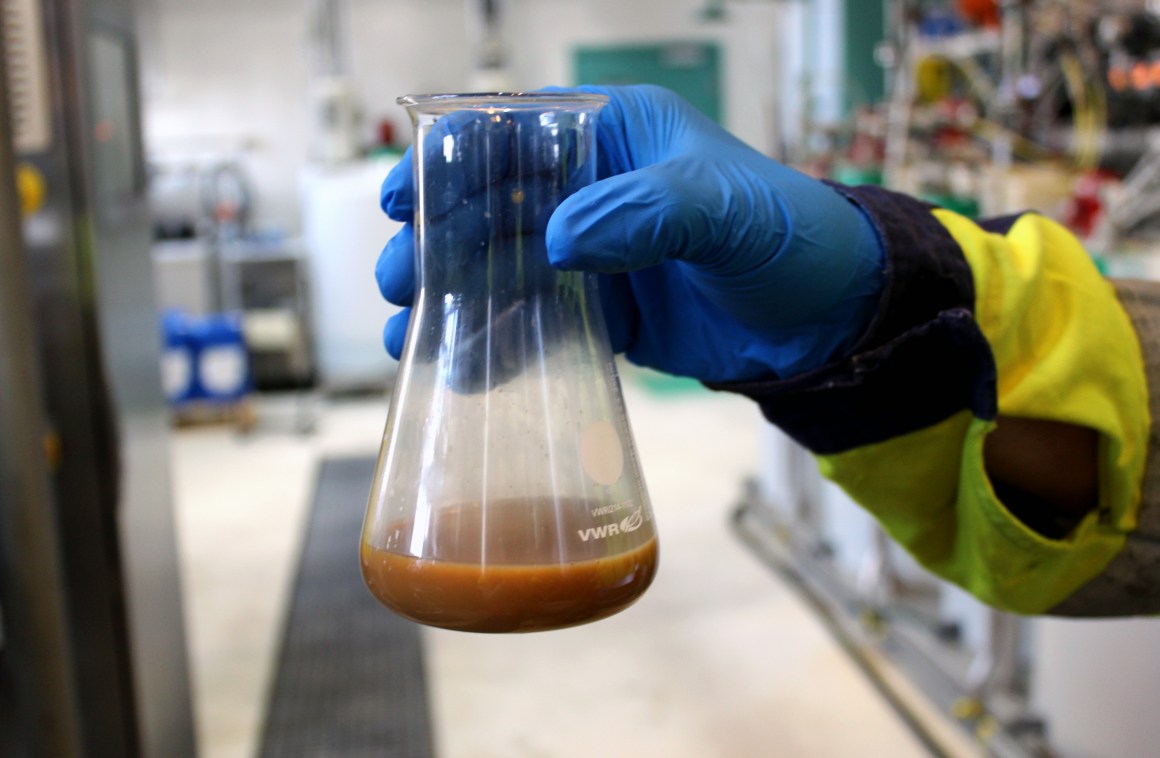 To make the protein-rich yeast grow, cellulosic sugar from Borregaard and chicken co-products are added in the fermentation process. 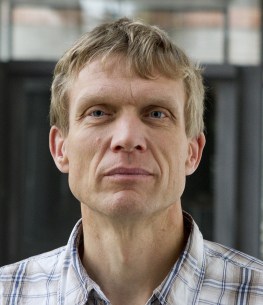 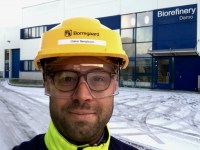