Wondering what`s new in Foods of Norway since 2017? Here are some not-to-miss highlights from an exciting half year.

So far, 2018 has been a productive year with important results regarding feed efficiency in Atlantic salmon. Foods of Norway has also made good progress on developing methods to evaluate the effect of yeast produced from Norwegian biomass on growth performance and health in both Atlantic salmon and pigs.

The Centre has conducted an experiment to evaluate how a growing-finishing pig diet based completely on local feed resources will affect growth performance and pork quality. The pigs were first fed a yeast diet during the weaning period and then switched to a local diet during the growing-finishing period. The yeast diet was derived from Norwegian spruce trees, while the local diet was based on cereals, rapeseed and field beans.

Preliminary results are promising. The pigs had good appetite, they grew well, and were healthy.

The pork meat from the experiment was enjoyed by participants at the congress Skog & Tre at Gardermoen on May 31st. Foods of Norway was highly visible at the congress, attended by the Norwegian Minister of climate and environment, Ola Elvestuen and approximately 300 other participants.

Centre leader Margareth Øverland was one of the speakers at this annual conference, aimed at the forestry and the wood-industry. As a part of her introduction, the Norwegian Forest Owners’ Association had prepared a short film about Foods of Norway. 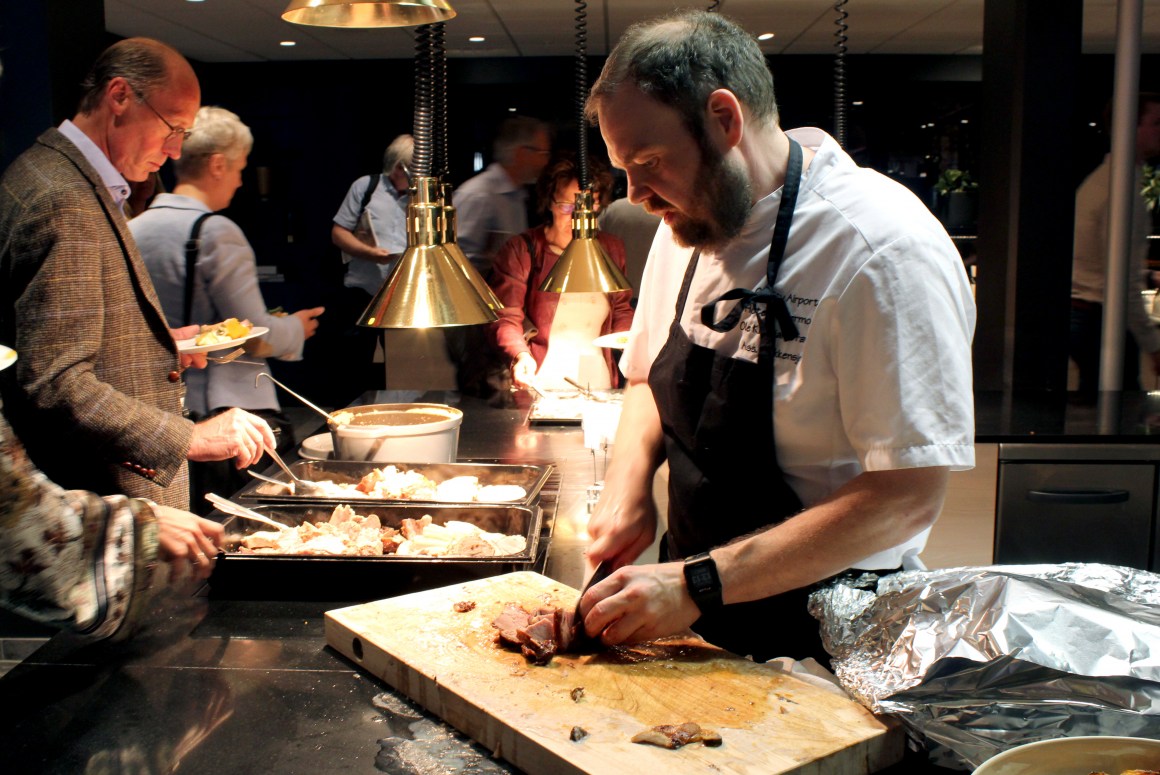 Challenges in the production of seaweed, results from research and the potential of seaweed in feed were some of the topics at an internal seminar arranged by Foods of Norway this spring. Sugar kelp is a common type of seaweed in Norway that can be used in feed production, but genetic improvement is needed to make kelp suitable for large-scale cultivation.

The main goal of a new spin-off from Foods of Norway – “Breed4kelp2Feed” – is to establish an efficient breeding program for sugar kelp.

The one year pilot project is funded by the Research Council of Norway`s Large-scale Programme on Aquaculture Research (HAVBRUK). If successful, the project could be granted additional funding for further research. The project includes five partners in addition to NMBU: Sintef Ocean, Seaweed Energy Solutions, University of Los Lagos in Chile, the Scottish Association of Marine Sciences and Aquagen. 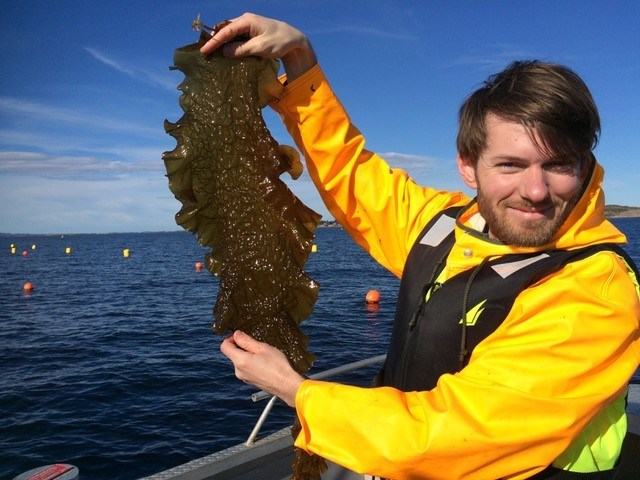 A spin-off project from Foods of Norway was initiated this May. "Breed4Kelp2Feed" aims to establish an efficient breeding program for sugar kelp. 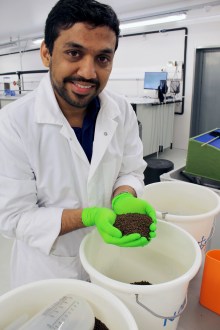 Sandeep Sharma`s PhD proves that salmon can be raised on a feed derived from Norwegian seaweed and spruce trees.

Important PhD on seaweed as salmon-feed

PhD candidate Sandeep Sharma recently submitted his thesis “Production of microbial protein from brown seaweed and spruce wood and its use as a novel feed ingredient in aquaculture”.

His research demonstrates that brown seaweed and spruce wood can be used to produce microbial protein ingredients for Atlantic salmon diets. Thus, Norwegian bio-resources can reduce our dependency on imported soy and fishmeal. His thesis is a part of the BIOFEED project and is highly relevant to Foods of Norway.

Sharma will defend his thesis on June 29th at 12.15 hrs in Urbygningen at NMBU, Campus Ås.

Collaboration between science and industry was the topic of a breakfast seminar arranged at NMBU on March 9th by Foods of Norway, Centre for Digital Life Norway (DLN) and ARD Innovation. The question up for debate was how to capture the innovative potential in research and make it attractive for industry to further develop and commercialize it.

A brief summary and a video recording is available here.

Foods of Norway in Gran Canaria

Foods of Norway made their presence felt at this year’s International Symposium on Fish Nutrition and Feeding (ISNFN) meeting in Las Palmas at the beginning of June with an oral presentation entitled “Novel feed resources from blue and green biomass”. The Centre also presented four posters about the effect of yeast on health, robustness and improved feed efficiency in salmon and how drying and processing of yeast affects nutritional value and digestibility. 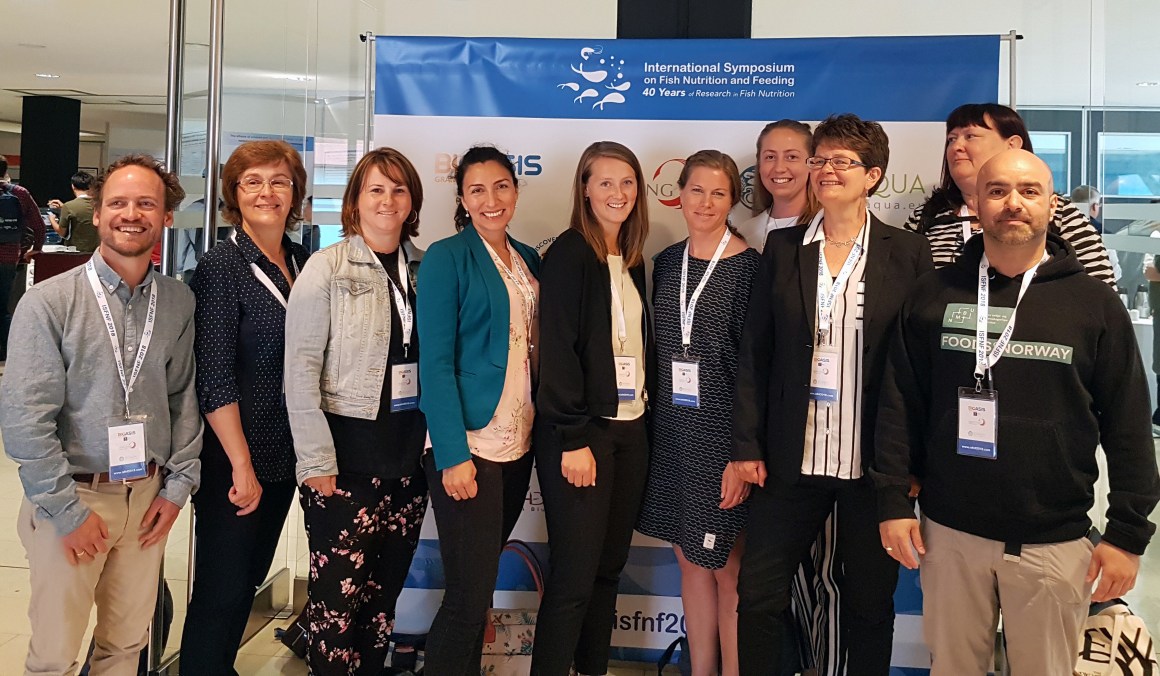 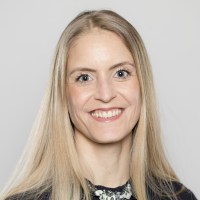 A new communications advisor has joined the staff. Gunn Evy Auestad replaced Liv Bjergene in February and will work in a 40 percent position with Foods of Norway. 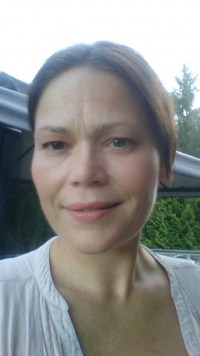 Hanne Fjerdingby Olsen started in a tenure track position at NMBU, Faculty of Biosciences, this spring, and will work with Life cycle assessment (LCA) in Foods of Norway.

Peng Lei is working on establishing in vitro screening models based on intestinal epithelial cell lines from rainbow trout as a tool to evaluate efficiency of bioactive components isolated from yeast, macroalgae or other novel feed resources.

Adrijana Skugor is working on documenting the effect of yeast produced from Norwegian spruce trees in diets for piglets on gut function in relation to enzyme activity and expression of genes related to digestive function and immune status. 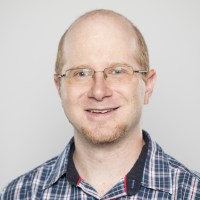 Gergely Kosa started as a post-doc in March to work on yeast fermentation. He is employed at the Faculty of Chemistry, Biotechnology and Food Science.

Fanny Buffetto, also a post-doc, has been working on brewers spent grain since January. She is also employed by the Faculty of Chemistry, Biotechnology and Food Science.

Alex Crawford is working on developing zebrafish as a tool to evaluate efficiency of bioactive components in yeast, macroalgae or other novel feed resources.

You can find all of Foods of Norway`s scientific publications here.