Yeast in diet for weaning pigs

For piglets, the time around weaning is very stressful. Away from their mother, they have to adapt to other feed than milk. Could the use of yeast as a highly digestible protein source ease gastro-intestinal problems like diarrhea in newly weaned piglets?

Yeast in diet for weaning pigs

Yeast is commonly used as a feed additive to help piglets through this critical period of weanling.

– In this trial, however, we do not use yeast as an additive. Instead, we replace 40 percent of the protein sources with yeast. Such high doses of yeast have not been tested before, Foods of Norway’s PhD-student Ingrid Marie Håkenåsen explains.

The trial she is in charge of is complementary to a previous trial in Foods of Norway with pigs that were fed a diet with increasing levels of proteins from yeast produced from trees.

Altogether 72 piglets have been slaughtered from the day of weaning when they are separated from their mother to 14 days after weaning. These piglets were all fed a diet where almost half of the proteins were provided by yeast. 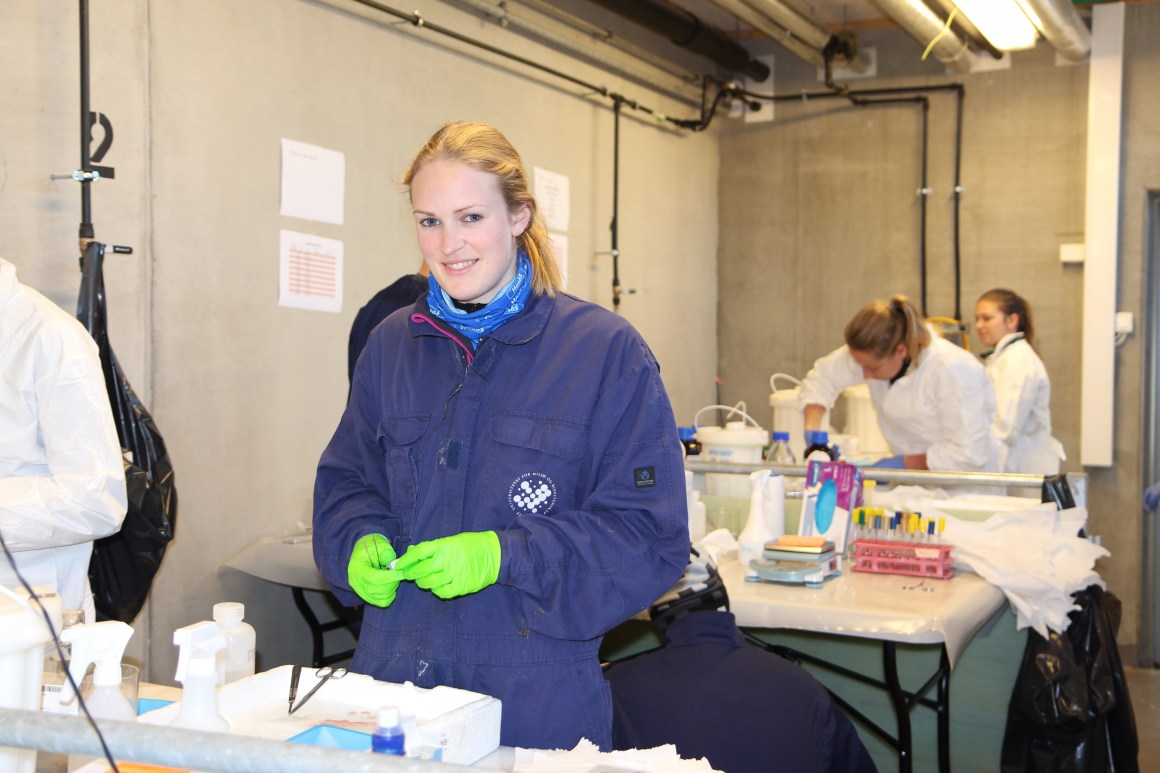 In a mobile laboratory, Håkenåsen and her colleagues in the Foods of Norway team take lots of samples from the gut of the piglets.

In many ways, being a Foods of Norway researchers means to be a gut detective. It is in the gut that many of the indicators of an animal’s health and well-being can be found. When the pigs are slaughtered, the researchers therefore study various parts of the piglets’ gut to see if there are any indications that the novel diet could ease the stressful time of weaning. In a mobile laboratory, Håkenåsen and her colleagues in the Foods of Norway team take lots of samples from the gut of the piglets.

– We have piglets slaughtered at day zero, two, four, seven and 14 of the weaning period. After the two first weeks, the piglets’ gut health normally stabilizes. What we want to know is if the gut problems that occur during weaning can be reduced by this novel diet or if they recover faster, Håkenåsen explains.

The trial is part of her PhD-work. She hopes to have results during spring 2018.