Foods of Norway aims to feed fish and farm animals using new ingredients produced from trees and macro algae. A shift to novel feed, however, is no quick fix. Detailed high-resolution studies of individual animals are performed to detect effects. Many of the answers can be found in the animal gut.

Studies of cells, DNA, gene expression and microorganisms – microbiota – in the gut system may indicate whether or not an animal thrives on a particular diet. At NMBU’s Faculty of Veterinary Medicine pathologists and microbiologists collaborate to develop a model. The aim is to help predict the effects of various feed ingredients on the animal’s health.

– The unique factor here is how we combine various research disciplines to study different aspects of gut health in individual animals, not only in animal populations, NMBU professor Charles Press says.

Photo
Liv R Bjergene
The scientists hunt for markers that may indicate whether a certain feed ingredient has a positive or negative effect on animal health. This testing of different types of feed to measure effects on health forms the basis for a model. The findings will be important for Foods of Norway’s aim to develop novel feed resources and breeding strategies to increase the feed efficiency and robustness of fish and farm animals.

The devil is in the details

The various processes taking place in the intestine of an animal are extremely complex. What appears when you look at the animal gut as a whole may look quite different when peering through the microscope. In the laboratory, Foods of Norway researchers are digging into the tiny details of defense cells, microorganisms, DNA and gene expressions in specific areas of the bowel.

– The research approach of studying the gut of individual animals in detail enables us to reveal information and connections which would have been overlooked without this combination of research expertise, NMBU researcher and veterinary pathologist Caroline Piercey Åkesson says. 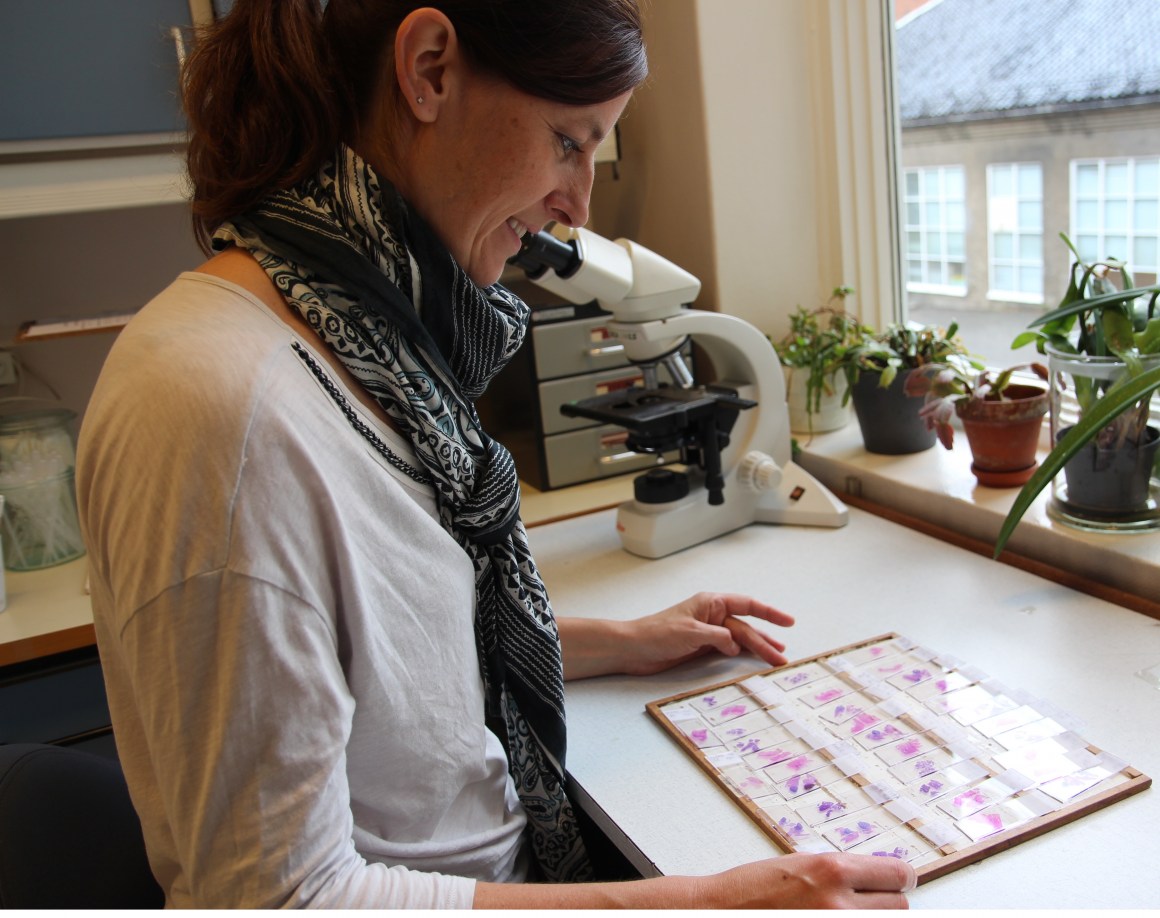 In the intestine, there is a symbiotic relationship between the host and the microbes. The microbes and different cells of the gut crosstalk by sending different signals to each other. Footprints of the signals passed between the cells and microbiota can tell us something about gut health. Different feeds will affect the composition of the microbiota and the cells of the gut.

Photo
Liv R. Bjergene
– Yes, we work a bit like detectives, trying to find, understand and piece together various bits of information. Each cell and bacteria type in the gut are special and have different functions and tasks. By using laser microdissection, we can select a region with cells and microbiota of interest and find which molecules those cells are producing. In other words, the technique is giving us a more precise understanding of what is going on in the gut, research engineer Alexandra Göksu explains.

Photo
Private
Together with microbiologists Özgün Candan Onarman Umu and Alexander Kashulin-Bekkelund she works to gain more knowledge about the interaction between cells and microbiota. The work is concentrated around the important interactions going on between the host cells and the microbes residing very close to the gut wall. 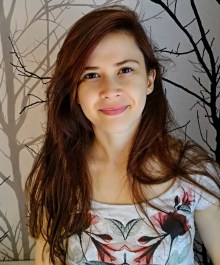 Photo
Private
– Studies of this part of the gut in individual animals will help us to get more relevant and precise data on specific microbes to correlate with host parameters, and to reveal the mechanisms of pathogenic species that cause health problems in production animals, Umu explains.

NMBU professor Henning Sørum thinks the development of a common method created by microbiologists and pathologists working closely together is an important research step.

Photo
Liv R. Bjergene
– In Norway, we have done a lot of research into acute sickness in farm animals. However, there has been relatively little focus on chronic diseases. Maybe this approach, with detailed high-resolution studies, will enable us to produce new, diagnostic results? Sørum hopes.

Furthermore, the knowledge exchange that takes place in Foods of Norway between Campus Ås and Campus Adamstuen is important.

– As microbiologists and pathologists, our focus at Adamstuen is on disease, whereas many of the Foods of Norway researchers at Ås focus more on animal nutrition and production. The mutual knowledge exchange that is possible thanks to Foods of Norway’s multidisciplinary research approach is invaluable, Sørum concludes.